CPOSC and Ubuntu Together Again!

Coming up Saturday October 16, is the 3rd Annual Central PA Open Source Conference to be held at Harrisburg University, Harrisburg, PA.   Over 20 speakers are scheduled include 2 teammates of mine from the Pennsylvania Ubuntu Local Community Team: Brian Stempin and Chris Teodorski.

Brian's presentation will be on a topic that is of particular interest to me, Open Source Geospatial Technologies.  I've been a big fan of PostGIS for a while, although I haven't had the time to play with it much.  This will be really interesting, I am sure. 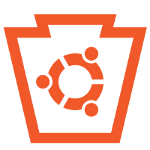 Chris will be covering the Open Web Application Security Project's Top 10 list of vulnerabilities and using Mutillidae to examine how these vulnerabilities can be exploited so that web developers and security testers can help design more secure web applications.

Tickets are still available for this exciting event, so buy one now before they're gone!

Look for me there, I'll be hanging around the Ubuntu Table handing out goodies.  I've met a lot of good people at last year's event, and am expecting to see more this year!

We are looking to raise money for the Ubuntu Table at the event.  If you can spare any amount, please click on the PayPal donate button on the upper right corner of this page.   Every dollar helps promote Ubuntu and Open Source Software, so please give.

A CPOSC afterparty at ABC (Appalachian Brewing Company) would be really fun, so if anyone wants to get together there, shoot me an email at freelancer317 AT gmail DOT com.

I had a great time at CPOSC. Here I am during the Django presentation. I'm the one on the right in the blue shirt with glasses in between the Brian (wearing the green shirt on) on theleft and the guy with the orange shirt on the right.

, a fancy photo sharing thing.
Posted by Bret at 13:27 No comments:

My first 5k race! And it's for a good cause!

On October 3rd, I will be participating in my first 5k race, to benefit the Boys and Girls Clubs of Central PA.  This is a great program, and I am really looking forward to the run.  My time really doesn't matter (but I will post it).

CPOSC 2009 and The Pennsylvania LoCo Team

Classes Start Monday... Not for the kids, for me!

Just finished the last semester, and have kept up the string of A's since starting back to school two years ago. Two years ago. Hang on, that doesn't sound right... It sounds too long ago... Could time really have slipped by that quickly? Hang on let me check.

Yes, it was Fall 2007 when I went back to school. I'm taking two classes right now, and then following that up with two in the spring, and that leaves one little class (which I'd like to test out of). So, cool, we are nearing the end of the first level of reeducation.

Overall, I've been pretty fortunate. A little over a year ago, I knocked down a developer job with a small company in Harrisburg, that taught me boatloads. Recently, the economy and some internal decions at the company have forced them to make some cuts (read me), and now I am unemployed. Not entirely a bad thing, since I have picked up some freelance work which is really getting me more experience and applying a lot of what I have learned at school, and from one of my past careers in transportation management (freight traffic manager).

The project is a light Warehouse Management System for a non profit that is doing 3rd party warehouse work for some manufacturers. I'll post more on that later. Right now I'm talking about school.

So, on Monday I start two classes, Network Communications I and C Programming. Both of which will be very important classes. While I grasp the principals and worked some with networking, I haven't really had any formal training, so I am sure that I have a lot of "holes" which will be filled in with this class.

The C programming is important in a different way. For one, I have fallen into the middle of programming. I've learned Visual Basic.NET, Python, a Visual Pascal derived language (C/AL for Microsoft Dynamics NAV (formerly Navision), and have always had to work very hard to learn them.
I didn't really learn from the bottom up. While this is not vital, by any means, for me I think that learning C will show me a different approach to programming.

Ah regardless, I babbled on too much for right now.